Why you should host Semiofest (an insider’s view)

As semioticians and cultural analists know, we can´t really be sure about the starting point of something. Nevertheless, we can trace its origin in order to understand it a little better. That´s what I will try to do in this text; I would like to share how we at Semiotica Studio got engaged with applied semiotics and how did we end together in Semiofest 2013 in Barcelona.

Some years ago, when I was already living in Barcelona and my partner and friend Ximena Tobi was in Buenos Aires, we started talking about applying semiotics to social and market research; we came up with a training proposal for qualitative researchers, but it finally grabbed Malex Salamanques’ attention; she was looking for semioticians in Spain for a project they had in Brighton, UK. That was probably one starting point, in 2009; after that, we got to know about the Semiotic Thinking Group through Gareth Lewis profile in Linkedin, when he called us for another project in 2011. That was the moment in which the group was literally boiling with ideas about the first edition of Semiofest. We talked about it, and decided that I would go to London; it was a long (and expensive) way for Ximena at that time.

Many of you know about the experience in London; I came back so full of ideas, interests and above all, happy of finding an un-conference in which people were really willing to share and not just to show others how much do they know…

Some months after that, I was teaching semiotics and press office management at IED Barcelona, and one of my favourite group of students up to date, was complaining: the internships they were finding were too simple. They study Business Design and Communication, so they were looking for more interesting challenges. I had just heard about the bid for Semiofest 2013; I asked them if they would be interested in working in that. Their eyes illuminated and we started -right away- to work on the proposal. I have to credit them for many of the most interesting moments of Semiofest 2013: the workshops, the “Anaglifos” riddle, “Resignifying Barcelona” short film…

When we won the bid (November 2012), Nicole would tell everyone who would listen: “I knew it! I knew it!”… Karitas became the deputy coordinator (we are always joking about her Islandic style, and confronting it with Latin American styles -Arturo, Nicole and myself- and that of a Swedish-Irish girl raised in Málaga, Spain – Kimberly). We started with a toast to Semiofest in Copa Café, a very nice spot in Gràcia neighbourhood, in Barcelona.

And this was not all: we were getting a lot of work from the contacts we made at Semiofest London; Ximena was dreaming of coming to Barcelona… and she finally did!

Brainstorming, brainstorming, brainstorming… and organization. We met once a week and even used Semiofest for our classes (so the press release and basic communication strategies were settled in the classroom). We went through so many ideas and we just had two days and a third for the workshops… Semiofest should have lasted a whole week to put everything we came up with into practice.

From overall planning to tiny details, we tried to organize everything beforehand in the best way, in order to face “surpises” with no extra stress; we designed the nametags, the programme, the merchandising, the signs for the room… We also looked for the best suppliers and venue; we chose Anaglifos art factory because it was welcoming and nice, not so cold-modern-white as many venues in Barcelona are.

Of course, we also had our great moments: we went to taste the food at La Dolça Herminia (we wanted to be elegant hosts, after all), we spent long hours eating home-made pizza and imagining the event, and we met several times at El Molinet, another nice bar in Barcelona. It was quite funny to “measure” our eye puffiness or bags, depending on the periods of work/exams. Sometimes, not even the best concealer could hide them. On the other hand, some days we were close to being brilliant: ideas, ideas and ideas came up with no difficulty. We really think that the main point that kept us rolling all these months was the deep belief in Semiofest and the enthusiasm we all had about it. Even when one of the original key speakers had to cancel, we didn´t lose our spirit: we rearranged the programme so it would still be great.

We also had many skype calls with the founding team; this year, through Lucia Neva, who was the Chair for this edition. They gave us strong support and were really enthusiastic about every proposal, which really encouraged us.

FOUR: the event and aftermath

Well, what can we say about Semiofest 2013? We had a great time, it was much less stressful than we thought it would be (even when we found out the pastries were not ready on time on the first day!). Participants were so full of ideas and enthusiasm that we can´t thank them enough for their continuous support through this year’s edition. We are not going to show off about it, but (as we are happy with the results) we would like to share some of the comments from the delegates. Please check them here.

Moreover, Chris Arning wrote an excellent article about Semiofest Barcelona. You can check it here.

To sum up, I would like to reinforce the idea of the headline: Do you want an unique experience, that takes you away from thinking about products, consumption, clients or classes? It’s been a breath of fresh air from daily activities. And believe us, it’s worth it. We are already planning a multicultural dinner, next weekend, to raise our glasses and toast to Semiofest 2014… So watch out for the call for bids!!

Here you have some of the “unofficial” photos. Enjoy them! 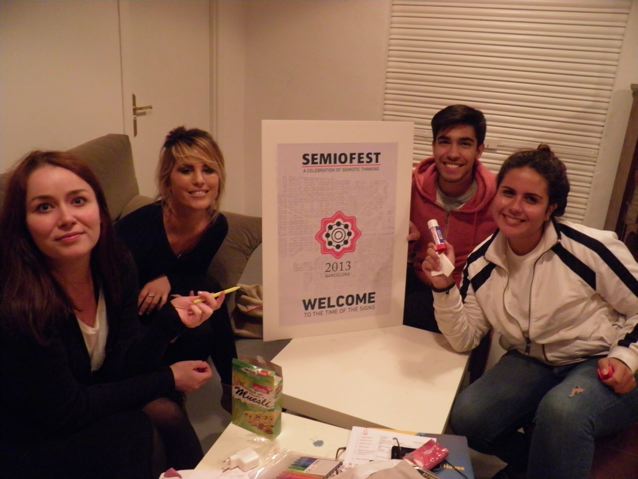 Here we are, at last… 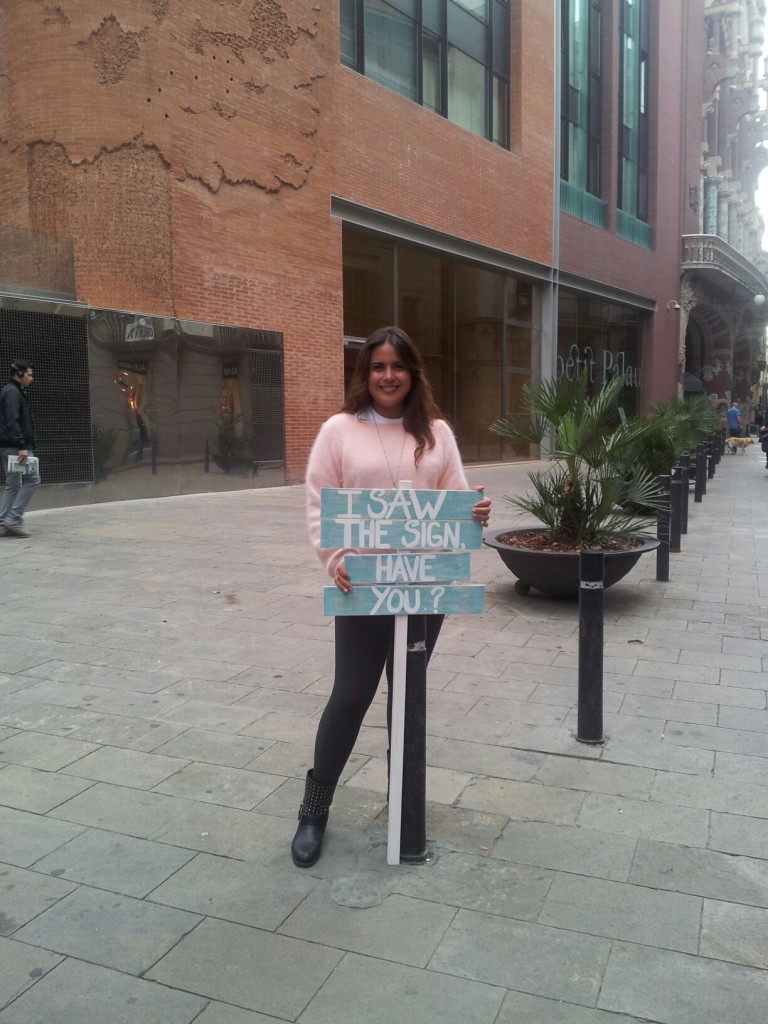 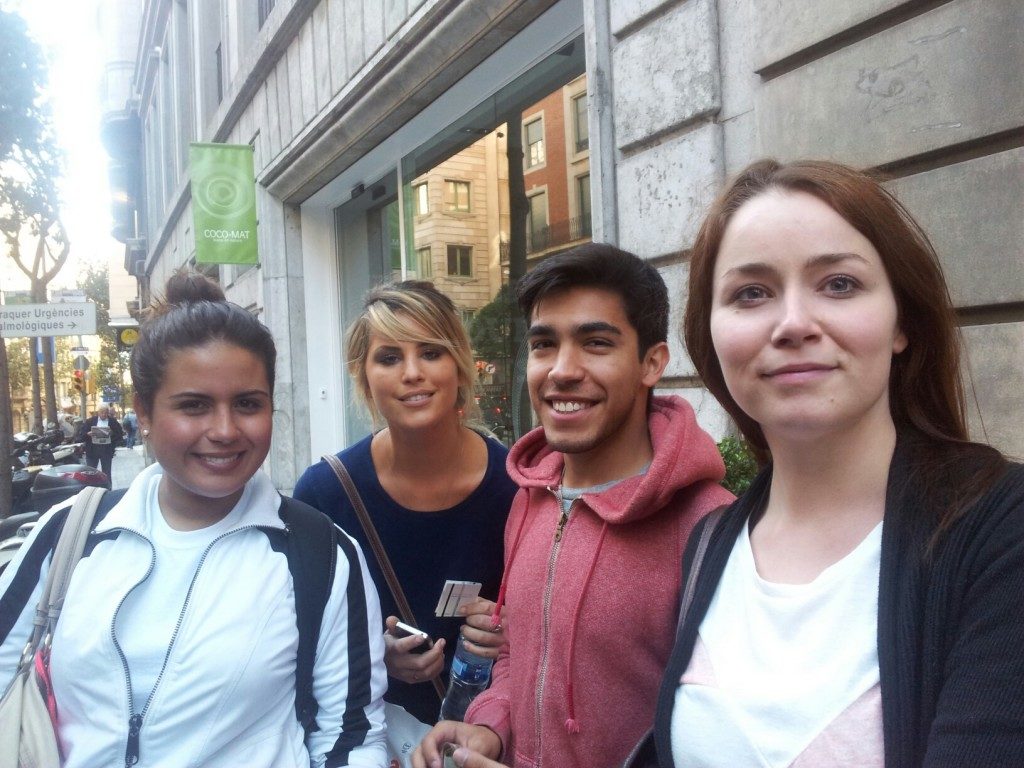 At the bus stop in the first morning… 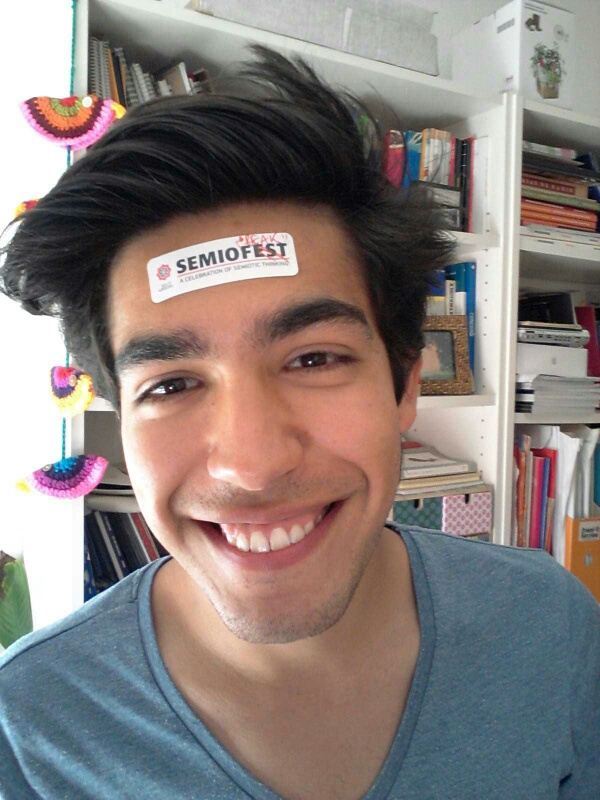 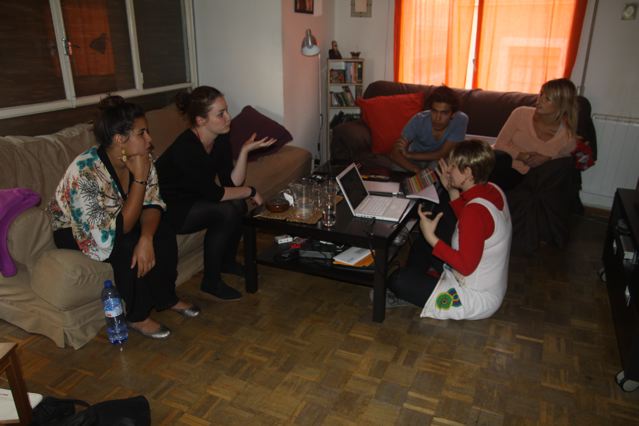 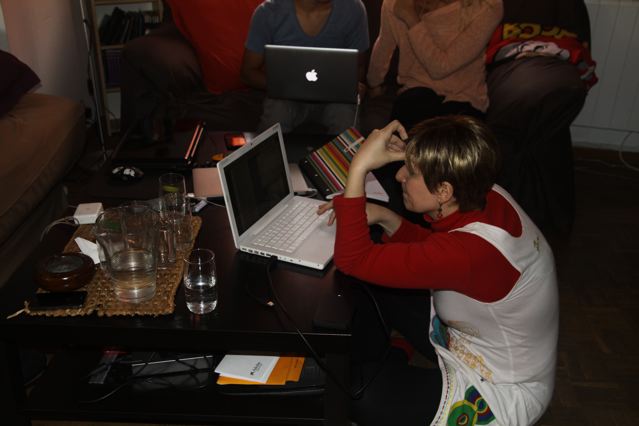 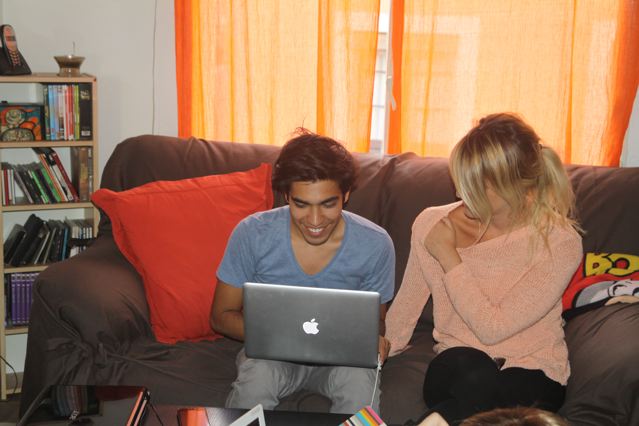 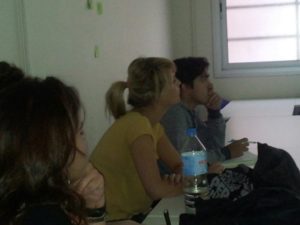